The sh*tter: a cautionary tale about biofeedback, metabolism, and diet cults 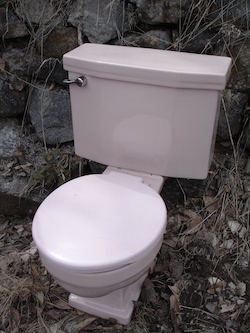 I have a million stories from my decades in the industry.

Some stories are positive, some… not so much.

However, all of them are at least educational. This is the sad yet true story of a girl who was unfortunately nicknamed “The Shitter.”

I tell the story to make four key points:

In the mid to late 90s I was making the rounds on the seminar circuit and doing workshop appearances. I was being heavily promoted in the magazines, and this translated to requests to travel to gyms to workout, to give talks, do seminars, and so on.

One owner of a really hardcore gym in a big city took a liking to me and my methods, and he would fly me in regularly to speak to his staff, train with him, and give seminars to his gym members. There were many competitors at his gym as well. As you’ll find with most places, they were following the diet-strategies of whoever the local “contest-prep guru” was at the time.

When I was asked about his methods I rolled my eyes and made some… very blunt comments about the nonsense of it all. Let’s just say it didn’t earn me many fans amongst those following his methods.

The premise of the diet was of course the usual insane rubbish: no starchy carbs, yet as many “fibrous carbs” as you wanted. In fact, this guru insisted on a minimum of 8-10 POUNDS of veggies per day. No, that is not a typo.

I would regularly see figure competitors getting on the bike to do their cardio, while also taking out one or two large Tupperware containers to eat their “protein and veggies.” because otherwise there wasn’t enough time in the day to get all their veggies in.

What could possibly go wrong?

Do you remember the title of this article? You know where this is going.

It boggled my mind that I had to explain to everyone why this was nonsense. All they heard is that I was “trash-talking” their local guru. This guy’s clients were winning contests, so what else was there? That was the prevailing logic at the time, and still is in some circles.

I knew that force feeding the body that many fibrous veggies daily is never a good thing, and when you do something like that, your body is going to protest.

I expected to hear stories of cramping, distention, digestive issues and the like. It later turned out that most people following the diet kept these things to themselves. After all, it’s embarrassing, and, well, heaven forbid someone question the local emperor having no clothes!

The main complaint I heard was actually from the gym owner.

Not only did he suspect the diet was nuts, but his gym stunk of sulfur from all these competitors heating up their pounds and pounds of fibrous veggies several times per day… not to mention passing gas because of it as well.

To put it mildly, they were also having trouble cleaning out the bathroom stalls, especially in the ladies change room. When the gym owner showed me what he meant, it was beyond what I’d imagined, yet still illustrative of what I expected.

These people following this “no starch, high veggies” diet (not all of them competitors) and their bodies were speaking to them. Loudly.

I recognized one of the competitors following this diet from the Nationals in the junior category. She had won the Nationals and was “extremely ripped.” At least, that was how other people described her. By contrast, I thought she beginning to look gaunt and worn – eyes sunken way back in her head, that “skeletor” look I hated because I knew what it meant for someone’s health.

But this young lady was on her diet 100% and she was very loyal to its guru creator. She was working hard.

At the same time, however, she was trying to hide a very embarrassing secret about the diet’s effects on her body.

After weeks and weeks of forcing herself to eat over 10 lbs of veggies per day, her body started talking back – loudly. She developed uncontrollable diarrhea.

At the gym, she could be seen suddenly getting off the exercise bike when doing cardio and madly dashing to the washroom, to return 10-20 minutes later. Some times she made it to the stall, but sometimes she wasn’t so fortunate.

It was several weeks before the gym staff figured out exactly what was going on. After one particularly bad episode right before her contest, the washroom looked like a hospital ward full of people with dysentery. There was diarrhea on the floor, on the walls of the stall, shoe prints in it – it was everywhere.

Gym staff took nicknaming this poor girl “The Shitter” and her secret was out.

They told her that her membership would be revoked if this kept happening, because other members had a right to expect a clean washroom, and the staff frankly couldn’t deal with routinely cleaning up such a mess.

She tried to control it, but she couldn’t. Not on that diet. Her body was fighting back, because it wasn’t a question of willpower or drive. It continued, and actually got worse, and eventually she was asked to leave the gym.

I saw her compete a couple months later at another National level event in the junior category, and yes: she won again. But there was the same gaunt, lifeless look in her eyes.

She “won,” but I knew she had gone through hell.

I also worried what might be in store for her up the road in the near future. She was sacrificing her health and future well-being for the body she saw in the mirror.

I’m telling this story for several reasons. “The Shitter” event took place long before I coined the term “metabolic damage,” or before it gained wider acceptance in the industry.

But my spider sense was tingling, even then. I knew there was just something wrong about a diet like that: one that advocated extremes like 8-10 pounds of fibrous veggies per day and no starches!

There is the lesson about biofeedback cues as well. Her body was telling her, very loudly and pointedly, it didn’t like this diet.

It was giving her all the warning signs it could.

It led eventually to to diarrhea, but it probably started with distension, cramping, bloating – all of these are common biofeedback signs of “warning.” They early signs are subtler, and often competitors will keep such signs to themselves if they can, not even telling their coach for fear of being told they’re not “tough enough,” or that they just need “more willpower.”

This also illustrates the power of cult.

People will follow something that is hurting them because they don’t want to “question” the gurus who promote it. Status has power. Competitors suffer in silence. I’ve seen hundreds of such examples in my journey through this industry.

Finally, as mentioned above, the story of “The Shitter” relates to metabolic damage as well, and how it could have been prevented by getting off this ridiculous diet at the first signs of biofeedback warnings.

You see, this poor young girl contacted me a few years later. She was now well over 200 lbs., and by that point too embarrassed to go to the gym. She was in another city, but she was still embarrassed by her climbing weight and obesity. Along with the consequences mentioned earlier, she was also suffering the long-term consequences of an extreme diet.

All of this could have been prevented if competing hasn’t come first over health and wellness. I witness similar scenarios all the time. (Even though the term “metabolic damage” has gained wider acceptance in the industry — and has even become a buzzword — things aren’t improving. I suspect many more people suffer in silence.)

Yes, she won Nationals. People wanted their picture taken with her. Her picture was up on websites everywhere, with everyone falling all over themselves to pat her on the back.

But: was worth it?