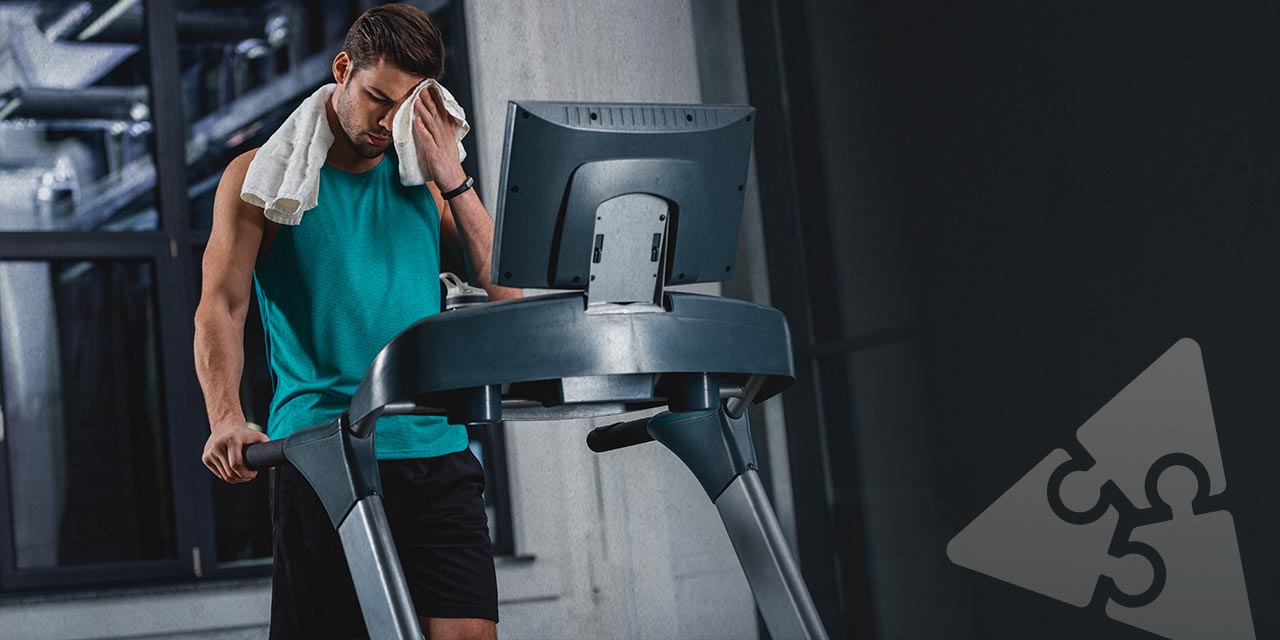 How I Became “Skinny Fat”

There’s an old saying about learning by doing. “Learn by doing” suggests that, beyond just knowledge, experience itself is a valuable tool that teaches you what works and what doesn’t work—and sometimes the greatest lessons come from your biggest setbacks.

My “skinny fat” experience was one such episode.

A very brief health scare had me stop all steroids and PEDs cold turkey. The experience made me re-assess my entire approach to fitness and bodybuilding, and as a result, I consciously and deliberately wanted to lose muscle.

Hauling around 260 lbs on a 5’9 frame was cumbersome. I felt overweight, for lack of a better term, and I wanted to peel off a lot of that muscle weight.

I knew that being off steroids and PEDs would take me a long way toward that goal, but I really wanted to slim down. It had been a long time since I had felt limber and loose.

So, I joined a small community recreation center not far from my home, and I vowed to do cardio only for as long as it took to slim down. I also really needed to give my joints a rest, so I thought this was a smart move.

At the time, the debate was still raging as to how effective cardio was for leaning out as compared to weights. No one in the bodybuilding community had really done only one or the other, so I thought, “Hey, let the experiment begin.”

I began a no weights/cardio only regimen in earnest: one session in the morning and one session in the afternoon, six days per week (and sometimes all seven). These were no slacker style workouts either. I would finish each session drenched in sweat.

It added up to 2.5 hours of cardio per day. At one point I was doing three hours, or two 90-min sessions.

I did a combination of treadmill hill climbs, or stairmaster or elliptical machine in the first session and the second session was always the Gravitron (the machine that looks like escalator stairs).

Oh, I was in it—and yes, I got very fit in terms of cardiovascular endurance.

But… what was happening to my physique?

Yes, my physique was changing—but it wasn’t really for the better.

Beware the power of rationalization and beware the dangers of not questioning your own thoughts. This was about to become a major, MAJOR lesson for me.

I was losing the requisite amount of muscle I wanted to lose, but my physique wasn’t lean and tight. I started looking “skinny fat”—extremely so. For the first time since I’d first started lifting weights as a teenager my physique looked soft.

I started to rationalize to myself that this must be what a quasi-middle-aged man looks like without PEDs in his system. I didn’t even question that assumption. I just used the circular logic of my physique as “proof.”

After all, I was a successful, well-known contest-prep coach. My clients were still doing great. I knew my diet was tight (following The Cycle Diet as always).

I also knew I couldn’t possibly do more than almost three hours of cardio every day. So I was just locked into accepting that this was my physical destiny, now that I was steroid-free.

But then something else happened: I finally started to miss working out with weights.

This had nothing to do with missing my muscle mass. I just plain missed training with weights. I had been weight training since my teens. I started to realize that whatever bad taste had been left in my mouth from the bodybuilding world and the drug subculture wasn’t inherent to the weight training. I had been throwing out the proverbial baby with the bath water.

However, the local rec centre I was using didn’t have much in the way of weights. There were no dumbbells or barbells—just some very basic resistance machines and a pretty limited cable machine.

I started by doing whole body workouts three days per week. I’d keep the cardio, but on weight training days I’d do only one session instead of my usual twice-daily sessions. (Thinking back on it now this is likely where my Hardgainer Solution workouts were originally conceived.)

So, what happened when I started weight training again?

Within a surprisingly short amount of time my “skinny fat” appearance started to disappear. That hadn’t even been the reason I was doing the weight training again — I’d truly only been doing it just for the love of it.

The physical improvement was actually strange to me because I hadn’t changed my diet at all, and I was only weight training with old machines and an old cable apparatus three times per week. That’s it. IN the past, I’d done bodybuilding bodypart splits with tons of volume. I’d never really done whole body workouts.

Despite the fact that I hadn’t been training with weight at all, my body adapted to these new whole body workouts really, really well. The workouts just felt “right.” You could call it muscle memory if you want, and I’m sure that was a part of it.

But within a few weeks people started commenting on my physique and its changes. Keep in mind this was a local community recreation centre, so none of them really knew who I was or about my career in the bodybuilding world.

I didn’t tell them that the changes were almost an accident, and were in spite of what I’d been trying to do, not because of it!

I learned that all my assumptions and high regard for my own opinions needed to be checked.

Eventually, I got the hint, and I started dropping more and more of the cardio. My physique looked better and better, and yet I was still only working out with resistance three times per week.

At this point I started looking for the research on cardio and aerobic training. The results of this research led to the chapter on “The Aerobic Myth” in my book, The Abel Approach.

This is what I mean by learn by doing. I’d been exposed to some of the research on cardio before, but it was after my actual, concrete experience that I really started digging into it. This is the opposite route of how most of the industry approach research. I started with a flawed hypothesis about cardio and getting lean, but when the actual experience just left me “skinny fat” instead, I started doing the research to see what the science had to say. I’m not sure the science would have resonated so strongly with me if I didn’t have the experience.

Again, this lesson also humbled me about what I thought I knew. It was an example of what I know that just ain’t so. I still try to remind myself of this lesson today. I’d been chalking up my skinny-fat appearance to age and to being steroid-free. That was a colossal misinterpretation of what was going on. My skinny fat appearance had nothing to do with age, or with pharmaceuticals, or with diet for that matter. It had everything to do with my choice of exercise.

To be clear, cardiovascular fitness is important, and it has its place in a balanced health and fitness regimen. However, by itself, “cardio” just plain isn’t very physique enhancing, regardless of what some late-night infomercial is trying to tell you. (It’s also important to note that, really, pretty much all forms of training are cardiovascular, even if they’re not low-intensity “aerobic” exercise.)

Choose your workouts and exercise regimens based on the results you want to get out of them. (And if you are trying to avoid the “skinny fat” look, “more cardio is not the answer!) And more importantly, be able to question your own thoughts and opinions on what you believe to be true.