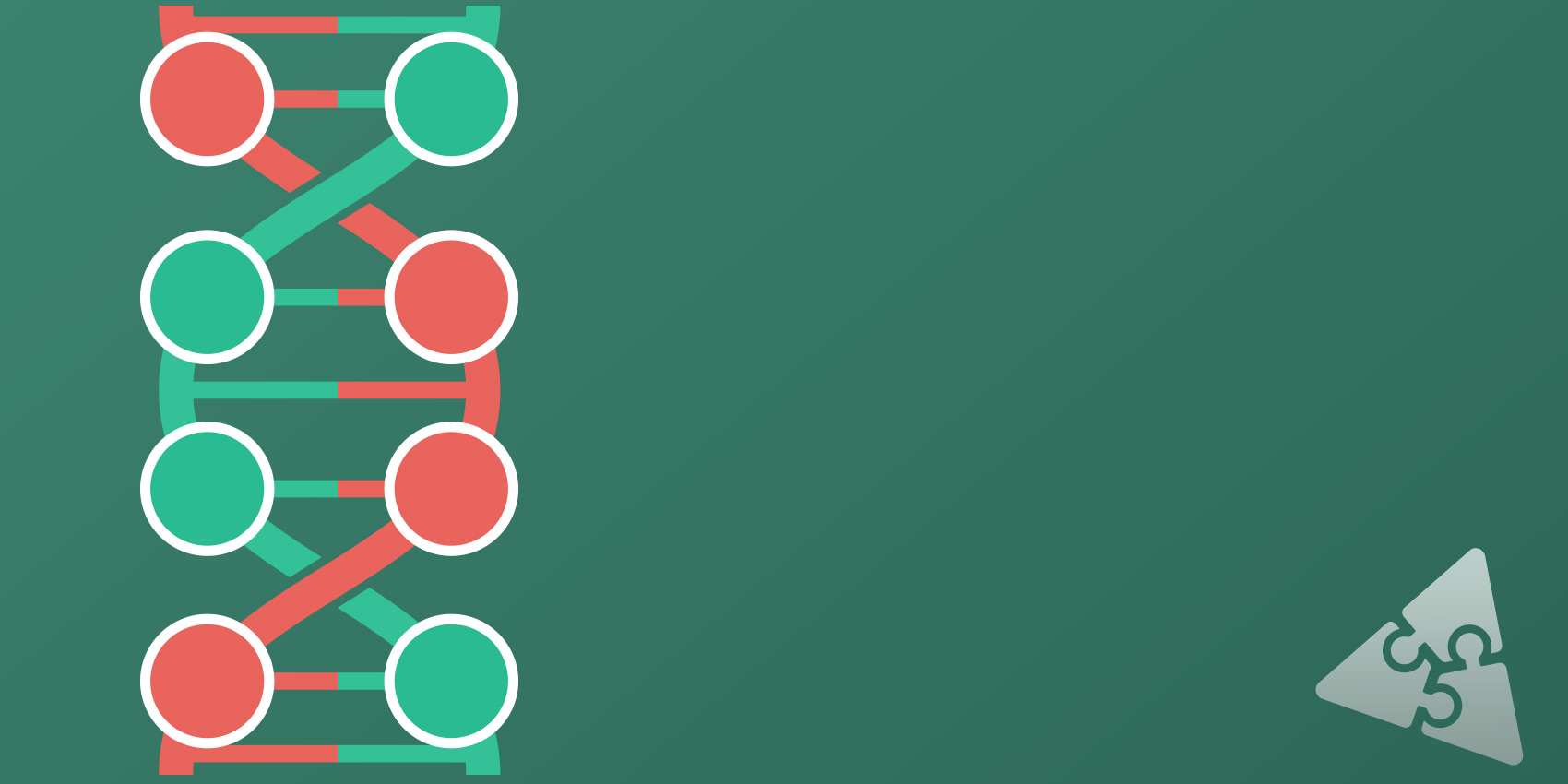 Let me ask you something:

Are you interested in a simple diet-strategy tweak that could make all the difference to optimizing your metabolism in a healthy and sustainable way – optimizing it in a way that makes weight loss and weight control profoundly easier and leads to diet-indulgences and slip ups having virtually no negative cosmetic impact on your physique/figure?

Ever since I did my ‘metabolism overfeeding experiment’ in 2019, where I deliberately overate for 17 full days and ended up losing one lbs. instead of gaining any weight at all, people have been very interested in my approach to training metabolism. As I always say, metabolism is either optimized or compromised and there are ways via diet-strategy and exercise that can contribute to either end of that scale.

I guess my overfeeding experiment was proof enough to people and along with my Cycle Diet of cycling underfeeding with well-timed overfeeding people are fascinated by the idea of how to optimize metabolism.

Remember, an optimized metabolism is a very cosmetically-forgiving metabolism when it comes to diet-indiscretions or deliberate food indulgences.

It Starts with Fiber!

I am going to outline for you below how and why fiber intake contributes to making weight-control easier AND how it can influence optimizing your metabolism as well. But let’s start with the basics, shall we.

And the basics are this – all high fiber foods just happen to be carbohydrate rich foods! (Oh no, say it isn’t so!) But contrary to vogue trends that warp people’s thinking on diet and nutrition; the fact that fiber foods are carbs-rich foods is a good thing – a GREAT thing even. But we need to start with this basic knowledge –> that fiber and carbs go together – PERIOD.

There are so many varied ways and means that fiber intake means easier weight control and an optimized metabolism. Research has shown for decades that eating more fiber means eating fewer calories, and absorbing even less calories and therefore storing less of them as fat.

But wait, there’s more. As we see here in the “Dietary Fiber and Weight Regulation” review, researchers showed that study subjects randomized to consume higher-fiber diets lost more weight even when caloric intake was fixed.*

Think about that for a minute: more weight loss even when prescribed the same number of calories. This is important on many levels. First, it underlines the problem with overly simplistic and faulty approach to weight-control of calories counting and other ‘quantification’ outside-in attempts at weight control. For instance, IIFYM (If It Fits Your Macros) comes to mind.

Next this research clearly illustrates that different foods have different QUALITATIVE effects on biochemical and hormonal interactions well beyond simply ‘how many calories’ these foods contain.

People who are still wrongly influenced by a ‘fear of carbs’ often conflate all food sources from the carbs category as being one and the same. Silliness like IIFYM only contributes more to this kind of irrational thinking.

The impact that carbs will have on the body depends on their source. Black beans and jelly beans are both rich in carbs but obviously these two food sources will have diametrically different impacts on our bodies – biochemically, hormonally and metabolically.

All macronutrient food sources within a specific category are not the same and should not be wholly categorized as such.

But there is more to this fiber-optimizing-metabolism equation as well. Like many food sources that trigger positive or negative events and interactions in the body, the reasons and contributions are usually multi-layered to say the least.

For instance, research is also clearly showing that foods that contain the most water content within them are foods that are clearly related to having a trimmer waistline and healthier body composition the more they are consumed.

And again, these foods just happen to be carbohydrate-rich, fiber-rich foods. Fiber rich foods in fact tend to trap the most water content within them (e.g. fruits and vegetables) while animal food sources contain far less water content, if any at all. And no, injecting chicken breast with saline to plump up their weight on a scale to charge more for them, doesn’t count as naturally occurring water content.

We’re talking about naturally trapped, naturally occurring higher water content in foods – and once again, regardless of calories counting, this leads to being leaner and having a healthier body composition, as in not being overweight! *

So you may be thinking or trying to out-think me here, that you still have doubts about carbs, but since I am making the case about fiber; you will just side-step carbs intake and supplement your diet instead with fiber-supps, like Metamucil and such.

But guess what – our bodies are just too smart. Our bodies know better. Unlike fiber in whole foods like fruits and vegetables and beans and legumes, psyllium supplements like Metamucil are non-fermentable – this means that our gut bacteria can’t eat it and flourish on it and thereby set off a chain of health benefits including metabolic optimization.

So yes, fiber intake in the form of supplementation may improve bowel regularity to some extent, but it isn’t going to contribute much to weight-control or optimizing metabolism, controlling appetite, and other benefits of real-food fiber intake.*

* McRorie JW. “Evidence-based approach to fiber supplements and clinically meaningful health benefits, part 1: what to look for and how to recommend an effective fiber therapy.” Nutrition Today. 2015;50(2):82–9.

So once again, quality and food source is more important than crunching numbers or isolating single ingredients to use ‘instead of’ real food.

Let me pause the discussion here to comment more on the above. When I was training physique competitors, and even now with people who come to me having been on low carbs diets – you would not believe the number of them who experienced major issues with constipation, to the point that it compromised their health. More than one competitor I knew, and more than a few low-carbs dieters who came to me had to have their ‘impacted bowel’ surgically remedied, even when they were trying to treat their constipation with fiber supplements.

And furthermore – when your system is malfunctioning on this great of a scale, shouldn’t that be an indicator that something is WRONG WITH WHAT YOU ARE DOING!

So – why not just consume the carbs-rich, fiber-rich diet in the first place!

Back to ‘how to optimize metabolism’ with a fiber-rich diet – which to reiterate, only comes from higher consumption of plant foods!

In cross-sectional studies, you can confirm in both adults and children that those who eat more fiber are indeed significantly less likely to be overweight or obese.*

But let’s get even more specific. It tends to be women who diet hardest and cop to vogue diet trends and end up with unhealthy diet-strategies, like low carbs diets and a corresponding fear of carbs.

But when researchers look specifically at women, the same weight-control benefits of fiber intake is illustrated. (which therefore also means higher carbs intake). Look at this piece of research for example.* And let me remind you again fiber comes from carbs – period! Yet, how many women think that carbs are bad and will make them fat?

(the most common studied gut scfa’s to date are butyrate, acetate, and propionate)

So when you eat fiber-rich foods, our good gut flora take the fiber we eat and churn out molecules that calm our cravings as well. (in Greger, How Not to Diet, p. 129; 2019) And fiber supplements do not seem to accomplish this either.

As you can see, scfa’s via high fiber whole food intake (which can only come from plants) positively, productively, and constructively effect biochemical and hormonal actions, which explain the myriad of ways so much research shows the connection between high fiber food intake and long-term weight-control.

I would go so far as to say again – we need to stop this unnecessary over-focus and obsession with ‘protein’ and turn our attentions to fiber intake, in terms of both quantity and quality.

And by now you may be thinking “Ok, Coach you’ve convinced me that whole food sources of carbs are healthy, but how does that mean they optimized metabolism?”

Well remember it is via fiber intake that our gut manufactures the healthy microbiome short-chain fatty acids. And these scfa do indeed have a pronounced effect on metabolism.

This area of research is just starting to emerge.

But take a look at this piece of research that is DIRECTLY about metabolism – and about the effects of scfa’s on metabolism.

THIS ONE IS HOLY-CRAP WOW FOLKS!

In a randomized, double-blind, placebo-controlled crossover study, researchers showed that by infusing SCFAs into people’s rectums, you can boost their metabolisms within thirty minutes.*

Not only did the subjects’ resting metabolic rate go up (that is, the amount of calories burned just by being alive), but unambiguously, their fat oxidation jumped up, too, increasing the amount of fat they were burning at rest by more than 25 percent!*

And when I talk about an optimized vs a compromised metabolism, it’s these kinds of effects I am talking about that are direct indicators of optimizing metabolism – higher resting metabolic rate, increased fat oxidation without conscious intention – just a metabolic response.

But there is still more to this scfa connection. Short-chain fatty acids also stimulate the production of leptin, which is you follow any of the books I have written about weight control and metabolism – leptin is the hormone produced by fat cells that tells our brains to trim us down via it’s crucial role in appetite control, metabolism AND weight-loss.*

What we see here overall then is a pretty clear picture regarding what diet-strategy to follow to lose weight and keep it off, without compromising health or metabolism.

And more importantly, part of optimizing metabolism via diet-strategy, necessitates following a high fiber diet. And then this high fiber diet triggers increases in production of healthy SCFAs; which have pronounced and positive influences on appetite, weight-control and metabolism overall.

Cross-culture research has also show for decades that populations with extraordinarily high fiber intakes, also tend to be the cultures that have negligible obesity rates.

The pieces of the puzzle are just too obvious to ignore

Think about the list of high-fiber foods—fruits, vegetables, whole grains, and beans. Maybe fiber intake is just a symbol for the intake of healthy whole foods – in other words – CARBS.

So instead of using apps and all to crunch macro numbers and protein grams and all the rest – use these apps to see where your current fiber intake is at (most people don’t take in nearly enough) and then slowly but surely raise your fiber intake from whole foods – aiming for a minimum of 80 grams eventually.

But take your time increasing, especially if your current intake is low and has been for a long time.

So you want to know “how to optimize metabolism” so that weight control is simple and easy and healthy, and so that metabolism will respond to overeating and overindulging scenarios without negative cosmetic impact?

UPDATE: There is so much interest in this topic that I have added another layer to it, in the form of a video webinar.

As always I look forward to your questions and comments