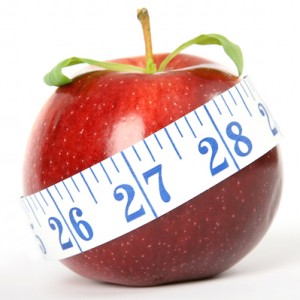 I get people writing me all the time with their lists of diets they’ve tried that didn’t work. My reply: is of course they didn’t work!

But how many more diets are you going to try before you realize the mindset behind your diet-mentality is just plain faulty?

I explain this in The Anti-Diet Approach to Weight-Loss and Control. Moreover, as I also explained in Beyond Metabolism: Understanding Your Modern Diet Dilemma, issues of weight-control have less to do with “what” foods we eat and more to do with our eating rituals and behaviors.

Once you control your eating rituals and eating behaviors, that's when you can successfully control your weight long term.

Research is also showing this very faulty mindset of “eat this, not that” is NOT the key to weight-loss and weight-control.

For instance, Professor Rena Wing, a behavioral psychologist at Brown University, and Dr. James Hill, a pediatrician at the University of Colorado founded the National Weight Control Registry to study people who actually had lost weight and kept it off. What they found are the basic tenets of what I have been arguing and proposing for years.

There was NO COMMON DIET among the thousands of people who lost weight and kept it off. The solution to solving their weight issues wasn’t “what” they were eating, but “how” and “why” they were eating – changing their mind in order to change their bodies, if you will.

These researchers state in their own review of their findings that there were no underlying common factors of diet or food choice that could explain weight-loss.

In other words, there was no pattern, no secret, no magic foods to eat and foods to avoid.

Furthermore, within the population of successful losers of weight who sustain that weight loss, there is just as much individual diversity in eating patterns and food choices as there is outside of this group!

What this means is that what was going on there for successful long-term weight-loss and weight-control was going on beneath the surface. There was a change from “stinkin thinkin” to constructive and empowered thinking, in a way that alters behavior in a sustainable way. And the only way to alter behavior in a sustainable way; is to not allow it to be subject to self-hate, self-recrimination, self-rejection and the worst of all offenders, self-denial and self-deprivation – all components on what I labelled years ago “The North American Diet-Mentality” (see my books mentioned above).

From studying thousands of members of their registry, the only conclusion that Wing and Hill could say emphatically is this: “As much as it sounds good and helpful to say that if you really want to lose weight, you MUST eat this, and not eat that – we cannot endorse that sentiment in good faith!” They concluded that “there are as many ways to lose weight and keep it off – as there are ways to win a chess game.”

And they express more than they realize with that statement, because that is my argument in my book The Anti-Diet Approach as well: that “winning” the chess game of sustainable weight-loss is all about realizing that food is merely the chess pieces. By themselves,these pieces have no power. It’s the person playing the game that matters.

Sustainable weight-loss has always been less about what you eat – and more about how you think about food and eating. And that is why the North American Diet-Mentality has been a huge failure, and why the diet industries are built upon the expectation of long-term diet failure as well.

Ask yourself here: what's more likely – you keep going back to Weight-Watchers because YOU keep failing the program? Or maybe there's something inherent in such a program, that keeps failing you?

I argue the latter!

What the Research Shows

What The National Weight Control Registry research shows is that it’s diet psychology that affects food choices, NOT the other way around.

What commonalities sustained weight-loss-success people have is that they tend to eat from a far less variety of food choices, than do overweight people. Think about it; people argue that eating the same foods and the same meals over and over again is boring and gets stale and all the rest; but this just a matter of perception, not reality. The truth is eating the same meals over and over again means keeping control of calories without having to think about it or worry about it, or obsess about it either. And the less your food choices stray into unfamiliar territory, then the less you need to think about food there as well. When you stick with what works, then it keeps working. This is liberating. I’ve been eating the same daily and weekly regimen for years now! I fit into the registry’s definition of “what actually works.”

It’s your own counter-intuitive “cycle of want” in your mind that makes this seem “untenable” when in reality this is just more “stinkin thinkin” likely to prevent you from ever keeping weight off.

So you go back and forth by being led by emotional “want” rather than logical and rational “management of expectations.” And none of this has anything to do with “eat this, not that.” As a matter of fact the “eat this, not that” mantra of the North American Diet Mentality is likely to reinforce this emotional cycle of want – teaching your own mind to “want” the very foods you are supposedly not allowed to eat. This is actually quite a natural response for your mammalian brain.

Research also shows some other obvious realities that no one wants to admit. For example:

Most permanent weight-gain occurs on the weekends.

Yet people will write me and tell me:

Well nothing is wrong with that – but this has nothing to do with the reality of a weight-loss challenge. THAT IS the challenge: to manage expectations in a realistic way!

These two things – weekend and holiday seasons – actually combine to account for most weight-gain throughout the year – not your carbs, not your macros, not your calories, not your gluten.

In fact, research has also shown most weight-gain can be explained by the changes in an individual’s behavior between late Friday afternoon and Sunday night.

And if you really think about it, you KNOW this is true. The problem isn’t that people with weight-control issues just eat more of the same “good foods” on weekends. The truth is people “indulge” in other foods and drinks they do not consume during the week: maybe popcorn and drink at a movie, going out for dinner and having what you want, a nice Sunday brunch, and so on.

It’s virtually impossible to lose weight and keep it off if you're only following a diet for 4 days per week.

It sounds obvious, but it's true and it's affecting people's weight.

The Registry that studied successful long-term sustainable weight-loss shows people who succeed simply don’t do this. While they may take one weekend day to eat off plan – it’s one day only, not the whole weekend beginning Friday afternoon or night.

Once again, my own eating regimen reflects this research. Personally, I follow my Cycle Diet, and I've done so successfully for decades. This means I have one day and only day of unstructured eating per week.

For me, that day is Sunday.

I’ve also assigned this advice to my clients with weight-loss goals: adapt the capital “S” directive.

THAT is the successful weight-loss formula. Notice how simple it is, and how when you break it down, a lot of it seems “common sense.”

If you have a weight-issue that you want to solve, you may not like the formula above, and you may call it “too restrictive” but it is THE SOLUTION. It’s all about “managing expectations” and “getting real about getting real.”

So “How do you eat from Friday to Sunday night?”

The answer, the “secret” solution, is to show how backward people have it when it comes to the North American Diet Mentality and Weight-Control. You continue to buy into this notion that dropping pounds depends on acquiring knowledge of the “correct” way to eat, or abiding in this notion of “precision” when it comes to everything food and eating-related.

The truth is the average 10 year old now knows all she needs to know about healthy eating and weight-control. It’s simple, not complicated.

“The truth is simple, and simplicity is the truth!”

And the truth is that diet-psychology is more important than nutritional knowledge.

If there is precision required, it’s in adapting a sound diet-psychology and constructive food awareness – it’s not about “micromanaging” food macros or nutrition knowledge. And the major primary rule of any journey is one of psychological reality. And that is to accept that the journey is indeed simple in principle, but difficult in practice.

It’s more comfortable for those who haven’t had a breakthrough in weight-loss yet to just believe that the “magic secret” is some kind of food combination, or some kind of formula that just hasn’t been discovered yet, or that the secret lies in macro-magic-management. You think you are just one of the unlucky ones who is resistant to weight-loss. Often times… you aren’t.

Getting Your Diet Psychology in Check

First you need to accept that the solution is not about this or that food and this or that diet formulation – or you will continue to flounder.

Next you may have to accept that for you, as an individual, your weight-control obstacles are just higher and more frequent. But if you choose to accept that, then you can still have your own weight-loss breakthrough.

(The reality simply is that for some people losing weight will be more difficult than it is for others. But that doesn't mean it's impossible. I've seen this with my own coaching clients. People with remarkable genetic or lifestyle obstacles can overcome them and achieve their goals.)

And finally, the reason so many peopl never get there, is because they don’t start with realistic expectations.

If you haven’t been a size 4 since high school and you are now almost 45 year old, then aiming to be a size 4 is simply unrealistic. Of course you will quit at some point. It would be like me expecting to be taller now in my 50s than I was in my 20s. It is simply not realistic.

It’s simply a myth that your struggle with weight is because of some kind of knowledge that you lack about “nutrition.”

Eventually this fallacy even becomes something people hide behind. Yet I know many registered dieticians and people who teach courses in nutrition who themselves are overweight, often very overweight.

“Knowledge” is not the answer.

It is simply a delusion that “nutrition knowledge” is the key to achieving and sustaining weight-loss or maximizing health and well-being. If knowledge were indeed the barrier to solving weight issues then why would these nutrition experts and dieticians be overweight? We know more about nutrition than we ever have. So why are we more overweight?

The fact is, diet-psychology is far more important than nutritional knowledge when it comes to sustainable weight-loss and maximizing health and well-being.

The research of The National Weight-Control Registry proves it. You don’t have a “knowledge” gap – you have a thinking, feeling and behaving gap.

At some point you just have to realize the falsehood of the notion that successful weight-loss depends on eating a certain way.

Some will get it, and some won’t want to!