Two coaching client successes, and why they were successful

Today I want to share two coaching client successes, but I also want to add some comments about why they were successful. 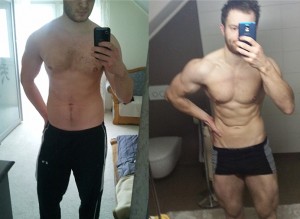 I started reading Scott's books and articles years ago and became a huge fan of him. With his knowledge and expertise in the fitness and diet industry I was far beyond impressed and I knew he was the guy to take me into a better life and a better physique. This is why I have hired him as my coach. Scott Abel is a walking/talking fitness, health and diet encyclopedia, and it’s truly amazing how much I have learned in my time with him.

The results I already achieved with my current training program and the Cycle Diet has blown me away. From week to week I can see changes in my physique while having one insanely huge cheat day on Saturday. A week ago I was at 189 lbs. After my cheat Day I was at 201.3 lbs the next day and I ate about 15,000 calories on the refeed day. The funny thing is that now – a week later I am at 187.6 lbs and that's even lower than the week before. And I'm obviously leaner. Not to mention that my workouts after the reefed day were insane. Scott has completely changed my life and it was the best decision i have ever made to hired him as my coach.

A few things about Tobias are worth mentioning. Tobias works 40 hours per week, and he lives overseas – illustrating the point I make over and over these days that in these modern times of digital connection, getting a Coach should be about “expertise” not “proximity.”

Tobias takes his part of the Coach/Client seriously and is always “regular” with his check-ins. As you can see above, he was already familiar with a lot of my writings and work and this is pertinent to his program as well. He didn’t come to me with “Well, this expert said this, and that expert said that, so why are we doing it your way?” He’d already “bought in.” Coaching is a relationship and trust is a big part of that. Tobias “trusts” being in expert hands and that allows him to commit more fully mentally and behaviorally, even with a 40+ hours per week job.

Tobias’ progress is obvious. Tobias is one of those great Coaching clients that remind me of the relationship between an actor and a director. There is more to “acting” than just learning the lines: the director tells the actor the tone and feel and context of what he is looking for. The actor then “adds that” to the lines he/she has learned and applies it, by “buying in” to the director’s method. But at the end of the day, it’s still the actor saying the scripted lines and applying everything else to the lines.

The Coach/Client relationship is similar. There’s more to it than counting reps and sets and following what’s on a piece of paper. That’s only where it starts – like an actor learning lines. Tobias is another one of those clients who “gets it” even though he may not realize this special element that allows him to progress so quickly. 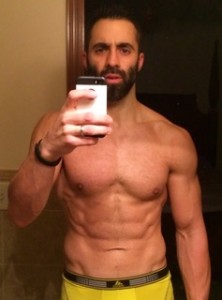 Coach Abel’s value is his ability to cut through much of the noise, misinformation, and expertise that is packaged as new and cutting edge, when really is just an outright waste of time. He simplifies the approach to get to your goal. As a former collegiate athlete I’ve been involved in athletics and training my whole life. I loved training and challenging myself, and it became part of my life.

I hired Scott initially after my athletic career was well over to take the guesswork out of transforming my physique and training from a power sport-focused approach – which was all I knew – to a physique and performance enhancement approach, in order to get lean and further developed.

Not only did Scott take the guesswork out of everything, which was important, being a busy professional with a family, but I learned an incredible amount about how to train more efficiently and how to use various training and diet strategies to create a given adaptation that I desired.

I’ve been engaged and following Coach Abel since 2008 and employed his Innervation, Hybrid, and MET protocols. I most recently have been utilizing his Cycle Diet very successfully and look forward to continue working with him. At this point everything is so ingrained its like second nature – this was important to me in order to achieve my goals without having it feel like a second job or obsession.

I train a total of about 5-6 hours per week, never touch a piece of cardio equipment like a treadmill, and most recently have cut down from a solid 205 to a very lean 178 lbs utilizing Coach Abel’s Hybrid protocols. Once I was at this weight I began implementing calorie spike days with the Cycle Diet where I consume over 10,000 calories in a day and my body responds with more energy throughout the week and shedding even more fat with each week. It’s not easy but its simple. I highly recommend Coach Abel.

Like Rocco mentioned he’s a former collegiate athlete. As such, he brings a certain “spirit” to program application and diet-strategy. It’s a quality certain athletes possess. He looks at it all as an extension of himself. And he undertakes it with enthusiasm.

I contrast former athletes like Rocco with the kind of trainees who continue to self-sabotage because they see everything through a filter of “right and wrong,” and “success and failure.” Rocco isn’t afraid to try and fail – because he doesn’t see any of what we do as failure. If he can’t do something, he tells me. If it’s too much at a given time because of real-life stuff – like the recent birth of his second child, then we back off. He’s not trying to prove anything to himself or anyone else.

He just loves “investigating himself in the process.” His former athletic training has given him the right attitude of spirit, so he continues to progress – without being either obsessed with it all to the point of having no life – or being too serious to enjoy every step. He’s a joy to Coach – always trying “this and that” within whatever approach we are taking, whether it’s The Cycle Diet or hardcore MET training.