The DNA Diet is horse manure, plain and simple 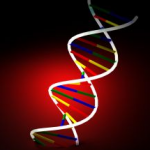 I want to talk about the DNA diet today.

Lately, as people scramble for attention in the digital world and scramble for the ‘ease' of making a buck by selling anything on the internet and making it look legit: old fad diets that have long since been debunked are making a new appearance under a different name.

Recently a colleague of mine asked me to write an article on “The DNA Diet,” a diet I had never heard of–but why would I? I travel in academic circles and read academic journals. I don't partake in pandering to the lowest common denominator of consumers out there.

But this is the level of buffoonery passing for knowledge and science out there in the digital world of consumption. But let's get to it, shall we.

The DNA Diet, is nothing more than a new dressed-up version of “metabolic typing” and its cousin “Eat right for your (blood) type” diet. The latter was a diet that made the rounds around the late 90s, then was debunked for the nonsense that it is. Well the DNA Diet is really just a new form of this bullcrap.

There will always be the nonsense of diet-cult sleuths who want to exaggerate the “individuality” of human nutritional needs and metabolism — all this “metabolic typing” and so on. In reality, metabolic individuality is more about nuance and subtlety. Ethnic and cultural backgrounds can play a role as well. But these differences certainly don't amount to proposing that there are whole subsets of our species that have different macro nutritional requirements than other members of our same species.

To argue as such… well this is when diet-strategy advice descends into quackery, whether the person making such claims is an M.D. or P.H.D or whatever.

Individual metabolic variances exist, absolutely, but they are marginal at best: Core human macro nutritional requirements are universal. YOU are not a special “case.” Listen to anyone who buys into such nonsense, and they almost always speak like a “victim” of diet and nutritional circumstance.

When it comes to the blood-type diets, this new DNA Diet is fashioned after the academic scientific position on blood type-based diets. Such diets were rather bluntly summarized by Victor Herbert, a hematologist at Mount Sinai Medical Center. When asked in a CNN Interview about diets to suit blood types, his simple response was:

“The idea is pure horse manure — no relation to reality. The genes for blood type have nothing to do with the genes dealing with the food we eat.”

I will adapt the horse manure phrase for this article… because it is far more polite than the words I would likely choose to describe the nonsense of the DNA Diet.

As I mentioned, like most diet-fads that try to pretend to be “scientific” (hear that Paleo?) the blood-type diet had its moment in the sun in the late 1990's, then faded into obscurity as most diet fads do. But every so often it makes a blip again on the radar of pop-culture.

The DNA Diet is simply the new ‘eat right for your type' nonsense.

Real science does lend some weight to arguments about what we know about food, diets, and gene expression. For instance, in the past 15 years, geneticists have identified a very long list of “genes” that affect the metabolism of carbs, fats, and proteins. The majority of these genes exist in all humans (even other primates for that matter). What this means is that these genes are part of our human “being” in a species sense — as in homo “sapiens.”

And if you want to put aside the complex science of genomes for a moment and get to the heart of the matter, what all this means is that macronutrient needs of all humans are basically the same! (read that sentence over 10 X's!)

Epidemiological research is pretty clear about this. Now as I said previously – genetically based individual differences in metabolism of proteins, carbs, and fats do exist; but they are subtle, not expansive. None of the real research on blood genes, or genes to do with food and eating – NONE of the research supports metabolic typing diets, eat right for your blood type diets, or the latest in pseudo-science nonsense: “DNA” Diets.

All of these kinds of fad diets feed the misinformed fury of the so-called “importance of macronutrient profiling” – which is just more diet and fitness industry nonsense about “the illusion of control” in such things. All these fad diets fuel the obsession with macro profiles and vice versa – and hey “as long as it fits your macros” then you are a person who truly is eating healthier for your “type” than everyone else is. Nice ego boost; if only it was based in actuality instead of circular logic and wishful thinking. Being obsessed with macronutrient profiles is just more of the North American Diet-Mentality, run amuck.

The real truth is that a diet-strategy that follows healthy guidelines toward whole unprocessed foods, composed mostly of plants, including grains and starches – is all anyone really needs to ‘eat right for your type' – that “type” being a member of the human “sapiens” species: just like all mammals in the wild know how to “eat right for their DNA type as well.” We have a lot of “creative” science going on in the field of nutritional relativity: But when it comes to metabolic typing, eating right for blood type – and its newer variant of “The DNA Diet” – Well Victor Herbert described it best – “it's horse manure” – despite consumer's desperate need and desire to believe otherwise!

As the old aphorism states: “There's a sucker born every minute.”

Unfortunately this statement seems to most fittingly apply to fad diet consumers. The DNA Diet is Horse manure plain and simple: Pure hucksterism folks! Wake up and smell its stench!