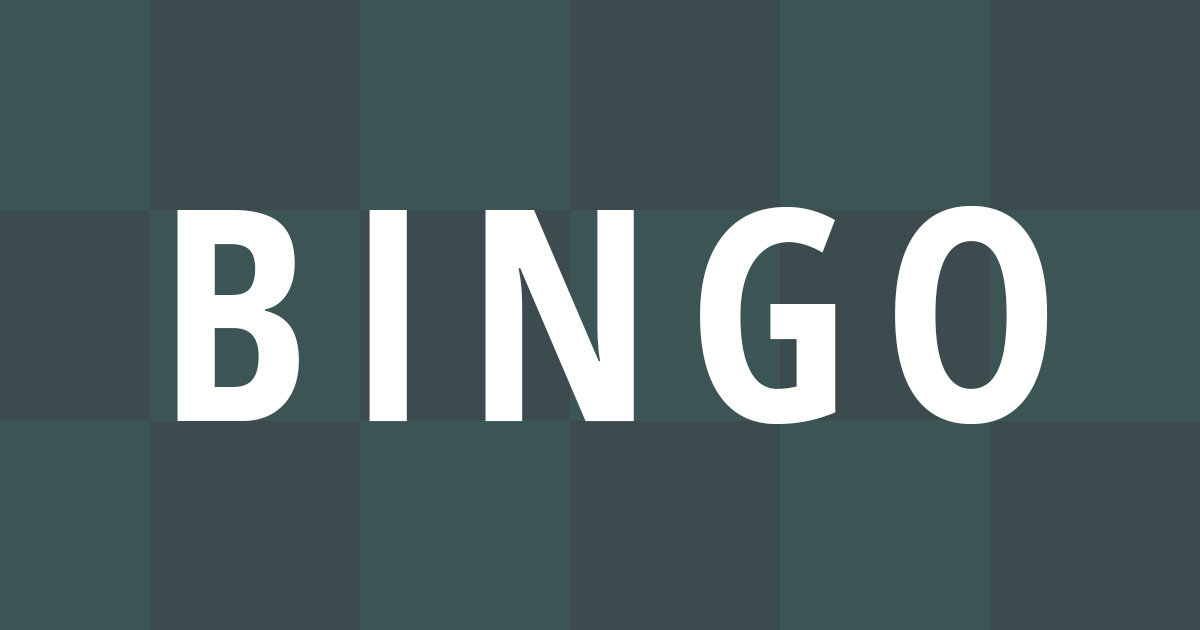 “BINGO”: How One Word Can Create An Automatic Success Habit

I developed an accidental mental habit back in the early days of my bodybuilding career. It was a mental habit that set me up for incredible success and achievements, whether winning bodybuilding contests or earning academic scholarships for intellectual proficiency in my undergraduate and graduate years.

One single word became a success mantra to keep me focused on the task at hand and fully “all in” with whatever I was doing at the time, whether studying or working out. Collaterally-speaking this one single word of mine also became a bit of a running gag in the gym as well and made me the butt of jokes too. I didn’t mind. And look where it has led me. One single innocent timely used word became a neural pattern for success in my brain. I want to share with you how important such things are for day to day investment in the process toward reaching any goal.

Remember, “Bingo” is the word you shout out when the numbers fall your way in the right sequence, when playing the game. I guess that meaning stood out to me. Here’s how it all started. When I began graduate school to pursue my Master’s degree I was already into bodybuilding seriously.

I remember during that time that Mondays were “Squat Days,” which I remember all too well. I would squat 5 sets of 5 reps with five 45-lb. plates on each end of the bar. Add small 2.5 plates and it was 500 lbs. This was a very challenging weight for full squats for me and my average hip width. (just means not exactly genetically endowed to squat a lot of weight) The first three reps out of the bottom ‘ass to grass’ pocket would make my face turn all red. Then another hard rep and a pause at the top; then that final fifth rep and “BINGO” I would yell out loudly. I recall telling myself that the workouts were a “game” for me to win or lose: I told myself getting those 5 reps were the numbers falling the right way for me to win. “BINGO!” I would yell out, every single set “if” I was successful, which was most of the time.

But I didn’t realize just how loudly I was yelling it, LOL…

…apparently it was quite loud! Loud enough for most of the whole gym to hear it apparently. Members would walk by me when I was warming up or something and lean in and say “bingo” to me and laugh. Others would say “Abel’s here – I guess another round of “Bingo” is on.” Some people didn’t mind – others were bothered and complained. I was oblivious to all of it.

My ‘Bingo’ shout became an automatic habit that was related to “immediate success” for something difficult I was doing. But this was becoming bigger, much bigger for me than a gym joke among other people.

For the last few years I have been studying about “habits” and that habits are “automatic neural events” that set the mind to some specific task or orientation. Looking back now, I see that my shouting – okay, fine, almost screaming – “Bingo” when succeeding with 500 lbs. on my back – this became an “automatic success habit” that has served me to this day. And there is no way that people in the gym back then would ever make this connection. But I did, even though it was an unconscious thing.

For instance I remember my sociology of law class at university around the same time. It was a very intense environment sometimes. You see we would sit at this rectangular table. But on one side of the table was us sociology of law students, and on the other side of the table were third-year Faculty of Law students. We would be given an issue and have to argue with each other the merits of the issue… but there was a twist: we sociology of law students had to take the side of the faculty of law argument, and the  law students would have to take the side of the sociology of law. Things would get quite intense, and the arguments could get quite complex. I remember even then, that as I was formulating an argument to make, when it all came together in my mind I would mentally say “bingo” to myself, as in “I have it” or “I did it” – “Bingo,” in other words – here it is!

When I was writing long essays and my thesis, I would experience something similar. I would try to place the research I needed in the right place to back up whatever points I was trying to make in my writing. This could take hours of course. But again, when it came together, in my mind and sometimes out loud I would say “Bingo” – as in “got it” – as in “there it is.”

But in my mind something else was happening.

In my mind I was creating an automatic success loop that became a powerful habit. After a while my mind wasn’t looking for my body to squat 500 lbs., or for the right arguments to come to my mind so I could get an “A” on a paper or an exam.

My mind started seeking the internal reward and self-acknowledgment of the “bingo” since I would only say it to myself when I succeeded at an immediate task. And this is important.

By equating the word “bingo” to some small success it became…

Moreover, all of it was feedback that is “process-based.”

In other words, “Bingo” at the end of a set of squats wasn’t going to win me any bodybuilding contests. But it was the type of thing that could keep me focused on what I needed to do in order to win those contests – which I did end up winning. Saying “bingo” to myself as I studied and strung my thoughts together wasn’t going to get me an “A” on a final exam since I didn’t even know what the questions would be. But again, “bingo” would keep my mind invested in what I needed to do to earn that “A.” And as I said, I didn’t just “get A’s” I won academic performance scholarships. I scored 100% in my social psychology class for the first time in the whole history 100 years history of the course! My “bingo” habit was working – taking me all the way to my achievements and then overachieving at them.

My use of the term “bingo” in my mind was always process-based. It kept me locked into the task at hand in the now – in order to achieve a greater accomplishment down the road. That little word “bingo” and my focus on it was all about the smaller picture, not some distant final outcome big picture.

1) What you focus on expands.

My mind focused on earning that word “bingo” for myself and that then set me to the task with the right attitude and focus to earn the word “bingo” in my mind. So I was always focused on small little achievements, and they expanded into big ones!

2) We are what we repeatedly do.

By setting my mind to constantly seek to earn that elusive but self-reinforcing “bingo” my mind had me acting and focusing on “doing” what it would take to achieve that immediate and gratifying feedback. So, this meant that my form and technique would have to be “tight and right” with 500 lbs. on my back when squatting. My study habits and discipline would have to be solid, undistracted and fresh for me to find the right points to make in an essay or find the right research as well. In other words, the automatic success habit that “bingo” engendered had me acting in “excellence” instead of mediocrity.

But here is another important point you should know as well. I never had a negative word in my head for when a connection or a desired result didn’t come to me. In other words if I didn’t make that squat, or if the words I wanted didn’t come to me when writing an assignment, there was no negative association in my brain equal to the positive effects of “bingo” – This is important because it means I left the door open for the eventual “bingo” success and achievement. I didn’t shut that door, by having some negative-outcome-associated word in my head for when things didn’t go as smoothly. If you understand habits as neural events, this meant that even though there was no “bingo” to signify success to my mind right now – it just meant that it hadn’t happened “yet.” But my mind was still set to seeking the pleasant reward of saying “bingo” to myself – as in “job well-done” “good for you Scott.”

And you can do the same thing. Take some small word of recognition or achievement and plug it in – and every single time you earn some kind of relevant successful outcome, no matter how small; say that word to yourself, preferably out loud. Eventually this turns into a “neural familiarity” to put your mind toward seeking a successful outcome in the “now” that will be the vehicle that drives you to your long-term goal -> whether that goal is physique development, earning a degree, winning a scholarship, or writing a book.

We are all creatures of habit – but our mental habits can drive our behavioral excellence or lack of it. Find yourself a powerful auto-suggestion to create an “automatic success habit” in your brain. And then exercise it, till it becomes automatic. However, I don’t suggest you yell “Bingo” in the middle of Starbucks when you’ve made some worthy mental connection – just sayin'.

Oh, I was eventually able to keep the yelling of the word “Bingo” inside my head. It took some practice; but with some self-control and maturity – I still yelled it – I just did so inside my own head, and still with the same exclamation points. Eventually it became automatic. And then after a while I didn’t need the word at all, because “I am what I repeatedly do” – which is show up for the task at hand.

The message: the power of habits… especially mental ones.

SO: the question… What “automatic mental success habits” do you use?