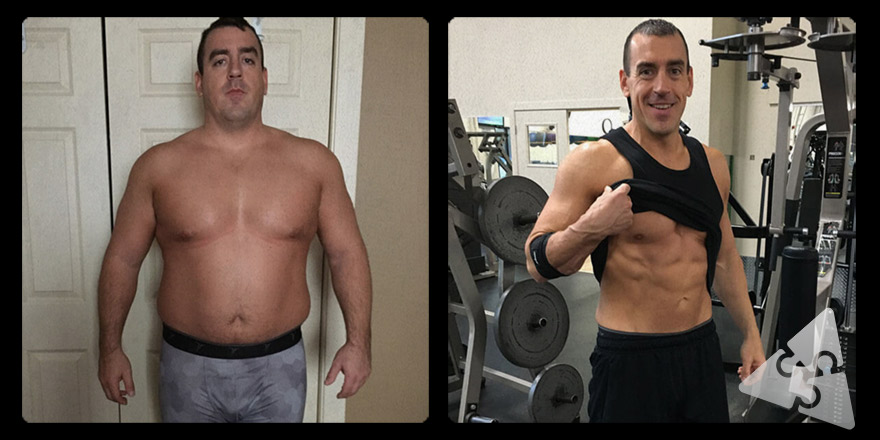 It’s been almost 3 years since client Byron lost close to 80 lbs. Recently, I had a conversation with him that I thought worth sharing.

A lot of people forget or don't know how much weight Byron lost. He's kept it off and it's become his “new normal.” But when people find out, they are often surprised.

Recently, a man with a fair bit of weight to lose asked Byron about how he did it. Byron said, “Coaching.” He explained that he just decided to get real about getting real, so hired me to guide him, direct him, assess and support him, and to keep him accountable.

Then the guy asked Byron how much the coaching cost. Byron told him how much he'd paid to hire me.

The man replied, “But that's expensive!”

This is where our story gets really interesting.

Byron replied, ‘Expensive… compared to what?’ Then, he went down a whole list of considerations:

Byron explained that the year before he hired me he had to spill out over $2,600 dollars for a CPAP to treat his sleep apnea. And while the machine made things a bit better; it was uncomfortable and by no means did the machine solve the sleep issue.

BUT now – this is no longer an issue at all – the sleep apnea had been cured by Byron’s weight loss, and he hasn’t had to use the CPAP in ages. That is all behind him now

Then Byron explained all the money he is saving by not having to buy any supplements at all, let alone the ones he used to take that he thought were a path to sustainable weight-loss. And we all know people who spend between $400 and $500 per month on supplements alone. And if you subtract from my initial upfront fee what Byron used to spend on supplements every month, then within a few to several months this more than makes up for the initial coaching investment – but with one major difference in the money spent.

Look, Byron is a busy guy. He’s got a lovely wife and two kids active in their own events as well. And Byron brings home the bacon with his full time job. I’m not sure how long he would have lasted in Coaching if one of my approaches was mandatory use of various apps to reach his goals.

One of the things I am most proud of with my approach to weight-loss and physique transformation for my clients who live in the real world – is that I don’t require them to invest their valuable time in downloading and using “apps” for any element of the process, let alone for every little detail of every little thing that so many people mistakenly think is now required in order to achieve these sustainable transformation goals.

If you live in the real world – well, you want to keep doing so as you approach what it takes to achieve a weight-loss/physique transformation goal.

And for Byron, as it is with 99% of my clients – there is and was never any macros counting, calories counting, carbs counting, none of it.

And back to Byron’s conversation about his weight-loss.

Byron asked this guy – “What would YOU pay to be rid of your health problems, have no guess work to do, and lose the weight you’ve always struggled to lose?”

But there’s more to this kind of transformation than just the obvious physical and cosmetic results. What Byron was getting at, is the peace of mind that comes with it all. All the mental games and wondering what to do and time wasted – that all just goes away with one on one Coaching you can trust.

And when all that goes away, you end up left with an actual fitness LIFESTYLE – one that is sustainable, enjoyable and invigorating – instead of being stressful, frustrating and exhausting.

Other than doing HGS here and there, Byron sticks with traditional bodypart programs. That means straight sets, and lots of rest between sets. There are no crazy metabolic workouts or jumping around just to ‘burn calories.’ And yet Byron has lost close to 80 lbs and kept it off

And from beginning to now, through it all, Byron has never done any cardio to lose the weight – not even during his pre-workout warm up sequence GPP (another mistake so many trainees continue to make).

There is no frittering away precious gym time with junk volume. Byron has to get in there before work – get in a good workout – one that invigorates his system – then he’s off to work for the day – so he can’t be leaving the gym all exhausted with no fuel in the tank!

My followers know my position on this. From the beginning Byron has adapted a simple carbs-based diet strategy and voila – almost 80 lbs. vanished and vanquished that will never come back

But there are other effects of such transformations that people don’t factor in. Byron’s wife has also now become a gym devotee for the last two years and between the two of them this has left an imprint on their kids. Byron and Jess told me the kids often ask, “Are we having a refeed this week?” Parents teach more by their behaviors than by their words and gestures. And a healthy lifestyle is a fantastic thing to pass on to the next generation, especially in this world we live in where kids are less and less active and healthy

But everyone is still an individual and this is where one on one Coaching can be so significant. Byron’s metabolism tends to be less amenable to change overall. He has to time his refeeds differently than just the usual Cycle Diet outlines. Byron is very selective about when to take a refeed – and whether he will skip a few weeks of refeeds, or limit a refeed to a single meal. And he has to be careful with extended refeeds as well, as he puts weight on quite easily. But by learning how to read his own particular biofeedback over time – Byron has been able to adjust and not have any of this be an issue to his ongoing results and keeping his weight off

So as much as general rules of metabolism and physiology apply to everyone, there are always going to be individual distinctions to consider and to figure out. And it’s often here where most people get stuck and then it all comes tumbling down. They just don’t or can’t accurately account for their own uniqueness and compensate for that in productive and constructive ways

All in all Byron is yet another shining example of the rules of simplicity and individuality when it comes to physique transformation.

And there are many lessons to be learned here, from someone who has been there! – hope you are able to relate to some of these lessons