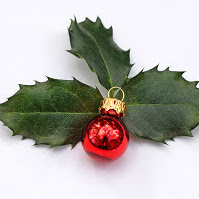 A Special Christmas Blog Post and a Personal Story 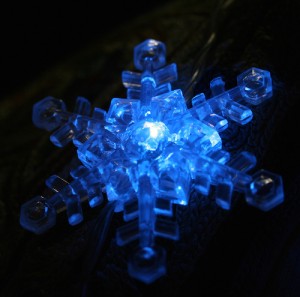 I tried to make this a video blog, but it was too emotionally-trying to get through it on camera.

I am writing this out instead. I dearly hope you will take the time to read it. Every word I am about to tell you is true. I am not going to proof read this or edit it at all – I'm just going to post it in its raw form.

Some people live with a true Christmas spirit inside of them all year long. They don’t try to summon it up once per year. But this time of year it’s a blessing to be touched by anyone with that kind of giving heart.

I experienced such a blessing this past week, and I want to share it with you all.

First I need to give you a bit of background, and maybe you will relate to the situation.

My parents are elderly and live across the country. I’ve written before about my mother’s dementia, and my father’s failing health. My dad is 87 and my mother is 80. My dad has been hospitalized several times over the last few months. Recently I have had to sell their home and find them smaller accommodations that they can handle, with care workers coming and going seven days per week. (God bless them and the work they do.)

Now, I fully embrace my role in being responsible for my parents. It is something millions of other people go through in life so I am not here to dramatize it. It is what it is, and it is progressing quickly – often too quickly to even gather my perspective on it all as it moves forward.

My parents live in a small town about 40 minutes outside a bigger city, where they raised me. They lived there for a good 70 years before moving. This past week my father was to drive to the city to sign the lease papers for the new, smaller apartment. As Power of Attorney for my parents I’ve been arranging their affairs for some time now, so everything goes through me.

So when I received an email from the lady handling the lease about 4 hours after my parents scheduled appointment, I just assumed it was to tell me that the lease is signed and when they could move in.

That is not what happened.

My parents didn’t show up for the appointment. I Skype with my dad every day so I knew he had been on his way to the appointment. I tried calling their home – no answer. Eventually I called the police to please go and check the house. Now I was worried.

A few hours later my Skype rang and I knew it was coming from my parent’s home. I raced downstairs to answer it. There were two strangers there with my parents.

It turns out my dad got lost driving to his appointment. He got lost in a city he has known for 70 years or more. They were lost for over 5 hours. During that time he also had two fender-benders with his car – no other vehicles involved, thank goodness.

But he lost the feeling in his legs, and when he went to hit the brakes, he hit the gas. Frustrated and a bit frightened, he got out of his vehicle and wandered into a field to try to get the feeling back in them. A car behind them stopped. This is where the story begins about the Christmas Spirit:

A husband and wife were on their way to whatever plans they had that late afternoon. None of that mattered to them. The husband went out into the field and helped my dad back to the vehicle. It was obvious my dad was in no shape to drive now. He drove my dad’s vehicle while his wife followed behind in hers. First they stopped at a gas station to let my parent’s rest for a bit and get them some water.

Then these kind people drove my parents all the way home, which as I mentioned is a good 45 minutes away from the city, in a whole other town really. Keep in mind they would of course have to drive themselves back to the city again afterward. The afternoon and evening plans for these people were kaput. But they thought of my parents first.

As I said they drove my parent’s all the way back to their town and got them into their home, and that is when they Skyped me. But they didn’t just get my parents in the door and leave. They stayed, fed my parents and talked with me while I talked with the police. Then they went on their way and it was now dark out, and they had to drive another hour or so back to the city.

During my conversation with them it came up that this good Samaritan couple were Jehovah’s Witness. It was just something that came up in conversation and never went beyond that. When my dad asked them why they went out of their way that far for complete strangers, he just calmly answered that it is their duty to help people in need. My father offered the couple $100 for their time and efforts and the man said, “I can’t accept that; if I do then it really isn’t an act of kindness and helping someone else, is it?” And then they left.

A lot of us talk it, very few of us walk it.

It reminded me how earlier that day I was at the post office and several people were bitching and complaining about the long line-ups “because of Christmas.”

What a contrast of experiences.

In the spur of the moment this couple cancelled whatever their plans were in order to help and take care of complete strangers. Many of us watch Christmas movies to absorb the stories and make them part of our Christmas experience. Well, I now have my own story that isn’t a contrived Hollywood piece to tug at our heart strings. This story is true, and has deeper meaning for me now as I’m sure you can imagine. But it doesn’t end there

Do you believe in synchronicity? (If you don’t know what that word means, look it up)

As I hung up on Skype, still shaken by everything, something strange but synchronous occurred lending even more spiritual weight to this story. I was contemplating how “good and generous and selfless” what these people did actually was. I mean many of us talk about goodwill toward all, but seldom do we act on it in a way that is a sacrifice to us. As I was thinking about all this there was a knock on my door.

Now, keep in mind I NEVER get unannounced knocks on my door because I live alone, in a gated community at that. I answered the door and there were two young men in their 20s, dressed in neat suits. They asked for a minute of my time: I gave them at least 20. These young lads were from the Mormon Church, it turned out. They weren’t selling anything, they weren’t asking for donations and they didn’t “want” anything from me other than to, as they put it “Share what this time of year can mean and should mean.” They talked about God talking to us through other people and the like.

The synchronicity of the timing of this was uncanny to say the least. It was literally less than 5 minutes from hanging up my Skype call with the people who helped my parents by sacrificing their own time and plans. Now here were these two young lads at my door, and they didn’t “want” anything of me other than to remind me of the “spirit” the season is meant to be about. Not in my whole time living here have any religious people rung my bell to this point. I was rather floored by the whole thing and the “coincidence” of it. I still really don’t know what to make of it.

And you know what else struck me in all of this?

I always considered myself a spiritual person, but not a religious one. I think of the bias so many of us have toward people of uncommon religions, especially these days. I thought about how within 10 minutes I was exposed to both Jehovah’s Witness, and Mormon church members and none of them wanted anything from me except to “give.” I thought about all the times we hear these two religions being brought up and the first terms so many of us equate with these religions is “bible thumpers,” usually meant in a derogatory way.

Then I thought, yet it is these kinds of people so deeply “devoted” to the Word, that they will live by the Word when they see someone in need, whether it is convenient for them to do so or not. I mean it almost takes that kind of devotion these days to stop all your plans and help someone in need. Most of us put 5 dollars in the Salvation Army kettle and consider our seasonable charitable duties to be over.

Some people live with a true Christmas spirit in their hearts all year long. I wish I was that strong to do so.

I now have this personal Christmas Story in my heart for the rest of my life. I felt that as a spiritual person, it is my blessing to share this story with you regardless of your beliefs about Christmas, religion, or any of it.

Usually I end a lot of my blogs with “some of you will get it, some of you will not.” For this blog I want you to please just “consider” the message. Maybe go out and practice some “drive-thru generosity” this week. Get in a drive-thru line at a nearby Starbucks or some such place, and pay for the two cars behind you, and drive off. I’ve been doing that for years now, but it seems to be such a paltry effort in light of what true “giving of yourself in a way that costs you” and the true “goodwill toward all” that I experienced this week.

I wish you all the best for Happy Holidays and a blessed 2016. I hope you can be touched by kindness the way I was this past week.